04-2471-2332
11:00~20:00
Book online
Now!
In a futuristic maze walking in the shadows, surrounded by a crazy soundtrack, you will need all your skills to fulfill your missions!! Get ready to discover a part of you you didn’t know. All the scoring is done real time on computer… and unlike paintball or bbgun, it is not painful!  In short MORE FUN – NO PAIN!

Laser tag is a shooting game where players shoot their opponents with a laser gun, individually or in teams, to score points or reach a certain goal. To play our games each player is wearing a vest with sensors and hold a laser gun. The game is extremly safe and gives no pain unlike paintball. You don’t need protective clothes, and everybody can join.

Lazertreks is an original lasertag game center and mainly offers game  as it is being played for more than 40 years in Europe and America. Original Laser tag is totally different from Tactical laser tag such as 147 or galacticlaserforce.

Our game zone where game takes place is a maze of 300 square meters. 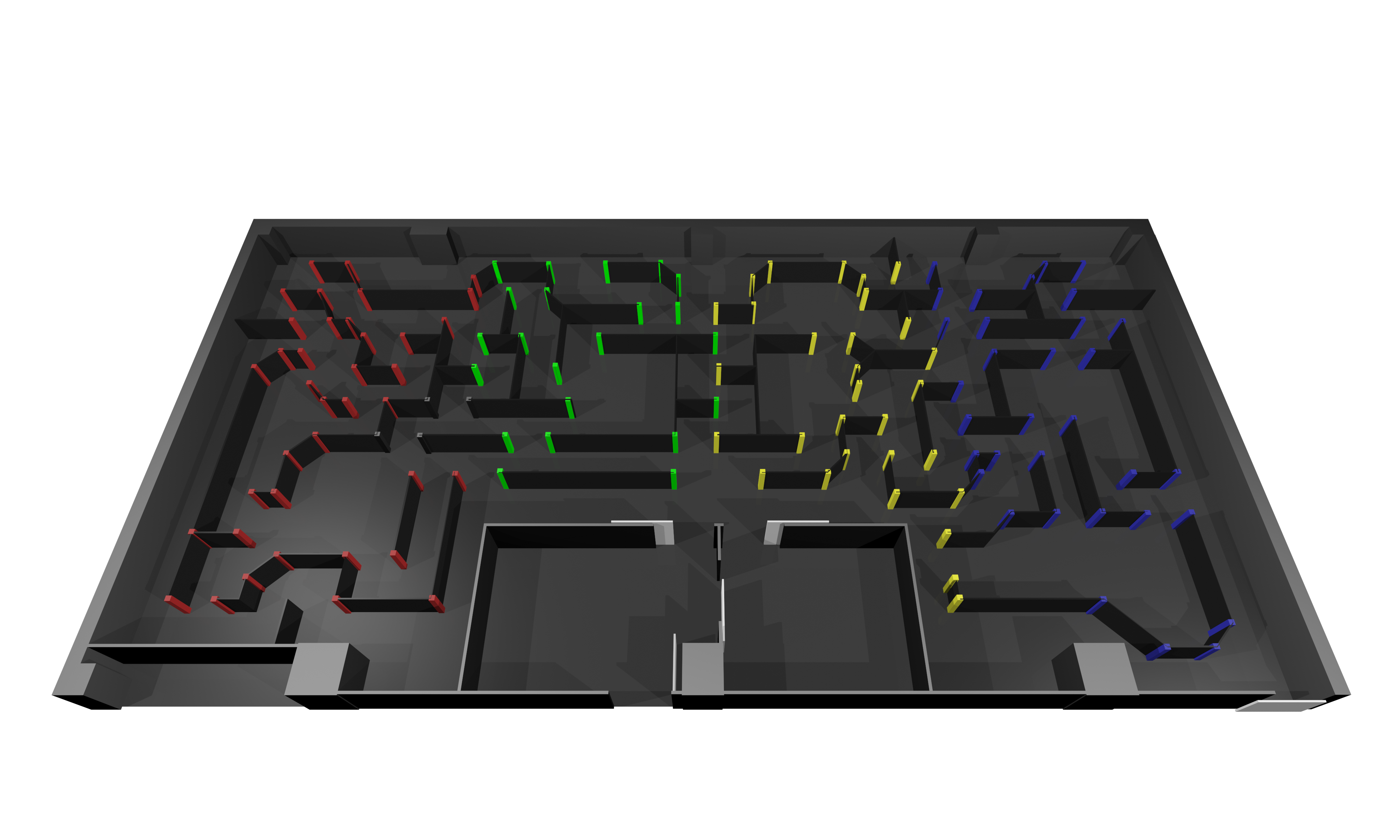 The laser system allows us to propose different game modes offering you each time another experience  and a different strategy for the game and lot of fun!

No team! no limit! only you against everybody else. You have 5 to 10 minutes to shoot as much people as you can and try to avoid other to shoot you. The only things that matter is your skills and reflexes.

Each of you start with limited lives, once you have been shot too many times you die permanently and quit the game! The winner is the last person alive. Inactive persons loose lives, so don’t stay hidden!

Few of the player are vampires, others are humans. Vampires never really dies, but human become vampire after they have been shot 10 times. Human must fight to survive about 5 minutes. If there are still some humans remaining after 5 minutes they win otherwise the vampires rule the world.

Separate your group in 2 teams with different colors and compete against each other. We can even add some special challenges to make the game more strategical.

This is a great game for non static play. One member of your team is the president. You have to protect him at all cost against the other team because if he dies you loose the game.

Each player of each team starts with 10 lives. First team to loose all of her lives looses.

Hold the enemy sentry pod as long as possible, but don’t stay in front of it, or you’ll get shot!